Clarendon is a neighborhood that seamlessly blends the urban and the suburban. It was originally settled following the construction of the streetcar line that linked the District to Virginia in 1896. Numerous department stores & other retailers opened along Wilson Boulevard, swiftly making Clarendon both Arlington’s downtown and a major shopping hub for Virginia. The neighborhood even tried unsuccessfully in the 1920s and 1930s to secede from Arlington and become its own city. Following a mild economic decline in the 1960s, Clarendon’s Metro station opened in 1979, bringing enormous investment and development to the area. The 21st century has brought with it new high rises, restaurants, entertainment, and a sense that Arlington’s downtown is here to stay. 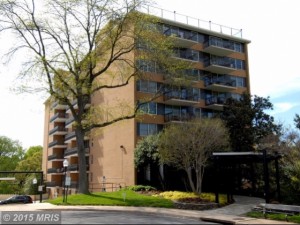 Clarendon is roughly defined as south of Wilson Boulevard, west of Courthouse Road, and north of 10th street. A more generous definition also includes residential areas Lyon Park to the south and Lyon Village to the north. And why not? Both Lyons feature gorgeous single family homes in all manner of styles like Cape Cods, colonials and Tudors, usually with ample tree cover and wide lawns. Closer to downtown, large apartment complexes and condo buildings reign supreme, featuring both older units and newer luxury housing. The Clarendon and Courthouse metro stops make travel to DC and Virginia simple, and drivers will appreciate Clarendon’s proximity to Arlington & Washington boulevards for easy commuting routes. 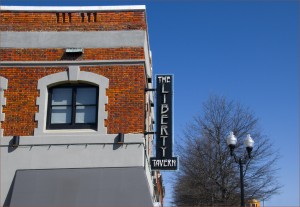 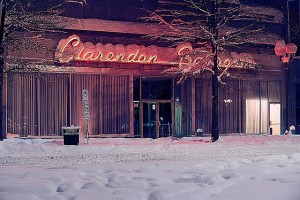 After a long work week, Clarendonians sometimes can’t bring themselves to make the trek to DC on Friday and Saturday nights – and thanks to Clarendon’s extensive selection of bars, clubs, and music venues, they don’t have to. Clarendon’s biggest category of nightlife are its lively bars that offer food, drink & live music. Standouts among them are the Iota Club, with it’s poetry readings & open mic nights, Whitlow’s, with it’s weekend brunch & rooftop tiki bar, and Spider Kelly’s, which features arcade games, pool & darts, and a friendly “come as you are” vibe. Laid-back hipster bar Galaxy Hut features unique wall art, retro video games, live music on weekends and a menu of bar food that that features a vegan version of literally every dish. For more of a club atmosphere, try the Clarendon Ballroom, which regularly features prominent east coast DJ’s and can be rented out for private events. And there’s no better place for end of the night tapas and hookah than Guarapo Lounge, which features karaoke and live music some evenings. 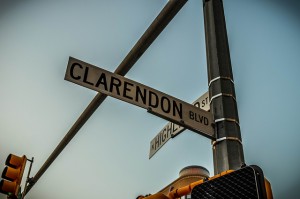 Clarendon has countless amenities to offer the potential resident. It has extensive parks space, great shopping and dining in downtown, and enjoyable community events like Clarendon Day and the Arlington Festival of the Arts. Clarendon offers convenient travel to DC, but also urban benefits all its own, seamlessly blended with the suburban feel of its back streets. In a growing metropolitan area like DC, a place like Clarendon has nowhere to go but up.